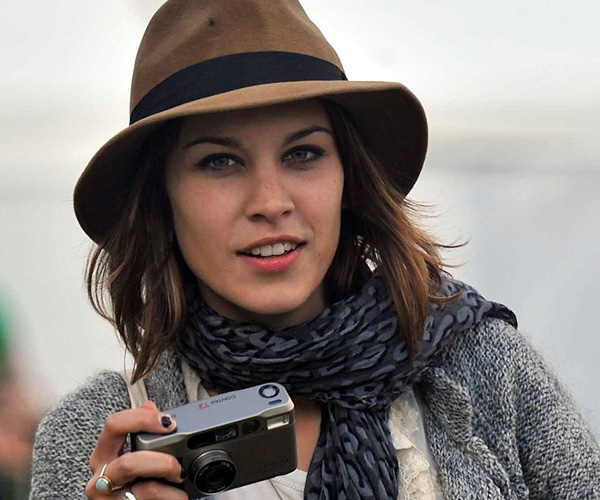 By popular request, the latest I’m the It Girl style icon is Alexa Chung. As I stated earlier, the word “icon” (at least on this site) is reserved for only those that are truly deserving (you will not be seeing Lindsay Lohan here); those that have impacted pop culture in a significant way, inspiring the next generation of fashion; those that have made a contribution to fashion by respecting the art of design (in other words, not “famewhoring”).

Alexa Chung has achieved all of the above, becoming this generation’s icon to the hip young girls (similar to the way my previous style icon Chloë Sevigny impacted the previous generation). What is interesting about both Alexa and Chloë is that their styles, regardless of the price mark, appear to be attainable. They both mix high-end, vintage, DIYs, and the fashion of us mortals (H&M, Uniqlo, and Topshop). They both have successfully dabbled in fashion design: Chloë for Opening Ceremony and Alexa for Madewell. And they have both laughed off their status at the “IT girls,” Alexa even stating that “there’s not much to being an It girl. It’s really quite a depressing title to hold.” Whatever, Alexa: you have a bag named after you so just deal with it! 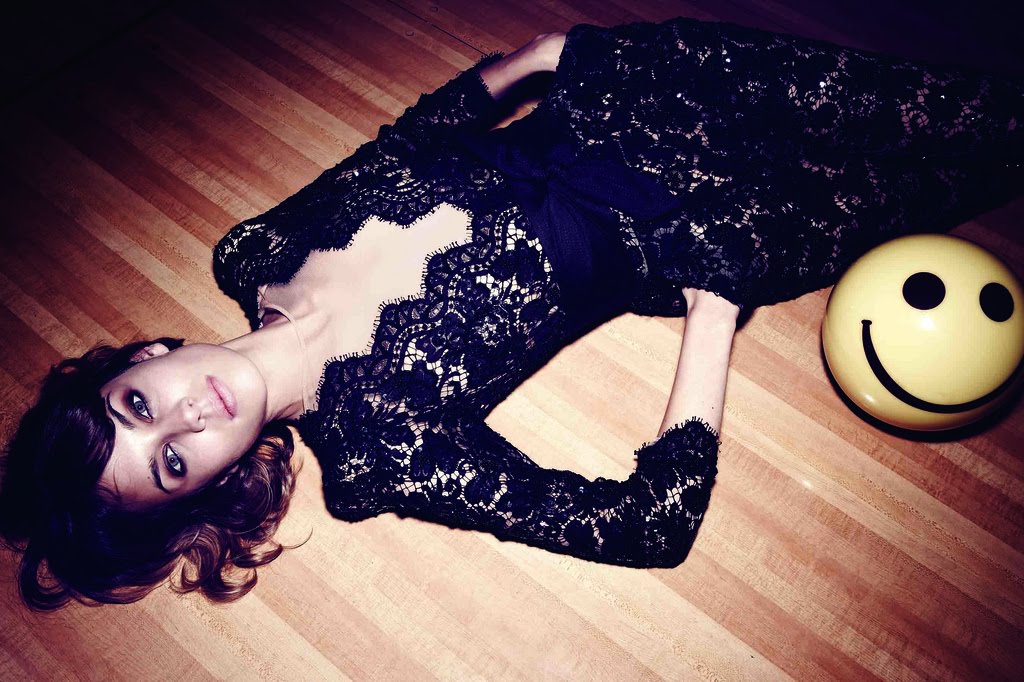 For those of you that are not familiar with Alexa (perhaps because you live under a rock somewhere), here is a quick rundown.

Hailing from Privett, Hampshire, Alexa Chung was discovered by a modeling scout while still in high school which led to appearances in Elle Girl and CosmoGIRL. She got her first big television break in 2005 in a scripted reality show (under the pseudonym “Jackie”) called Shoot Me which chronicled a bunch of young models around London. She went on to host a series of pop-culture shows like the Vanity Lair and her now-cancelled talk show on MTV, It’s On with Alexa Chung. While her achievements as a TV host may be questionable, Alexa’s real talent seems to be in fashion. She is currently a contributing editor of British Vogue and has launched her first collection for Madewell (coming out Fall 2010) to great reviews.

Almost everything looks good on Alexa because she appears to wear everything with ease like she just threw it on five minutes before leaving the house. Of course, it doesn’t hurt that she is ridiculously gorgeous with piercing blue eyes and stunning bone structure – a classic beauty. And also: who has legs like that? Those are ridiculously long and skinny!

At one point I had over fifty images of Alexa’s casual and formal looks in my folder aptly titled “Alexa,” so I had to edit down to my absolute favourites…an impossible task! Most of her outfits have an element of surprise to them. For example, she pairs a cocktail dress with a pair of loafers, a casual cardigan and an oversized bag or mixes very feminine elements with very masculine ones. Enjoy! 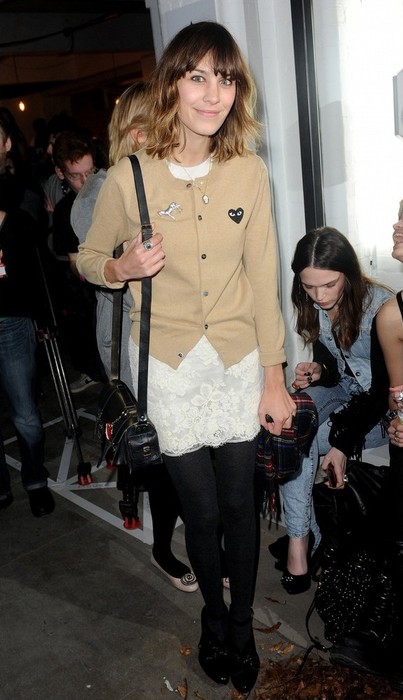 In a Comme des Garcons “Play” cardigan paired with a white lace dress. 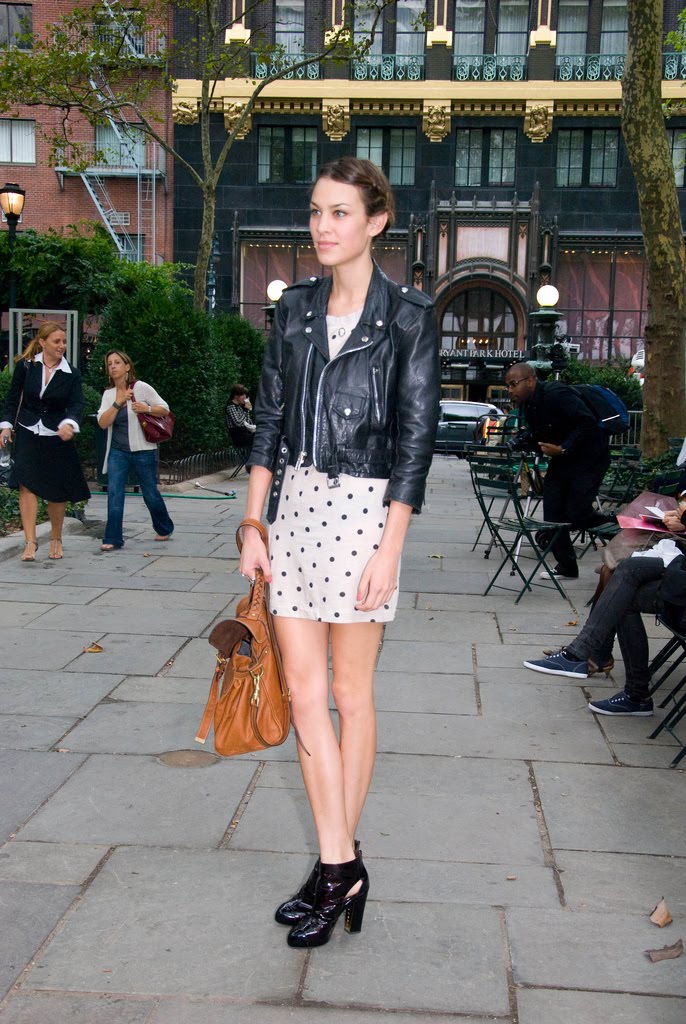 In a 3.1. Phillip Lim dress paired with a back moto jacket carrying Mulberry’s “Alexa” bag. 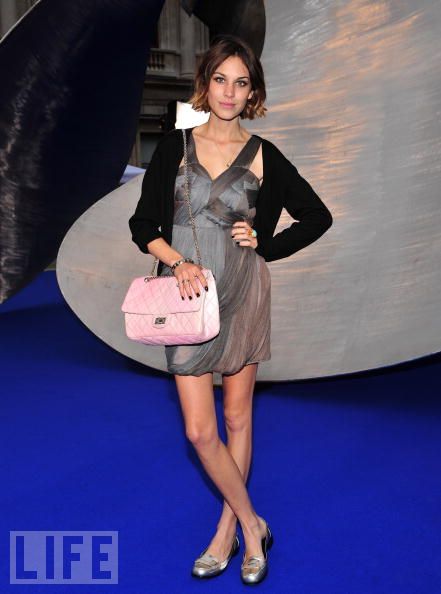 In a Sophia Kokosalaki dress paired with a Uniqlo cardigan, pink Chanel bag and silver loafers. 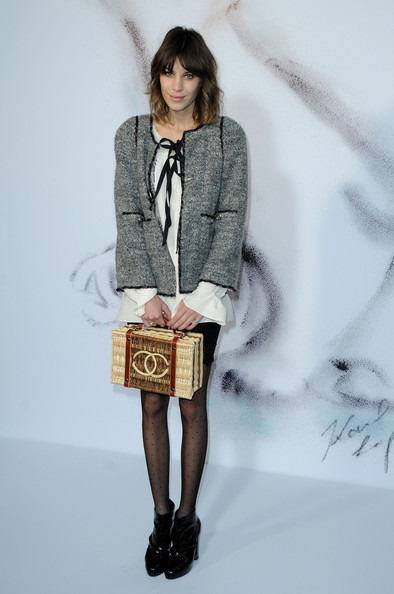 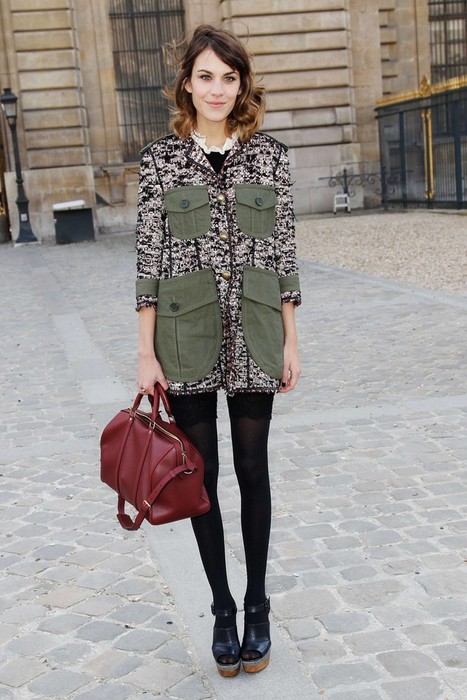 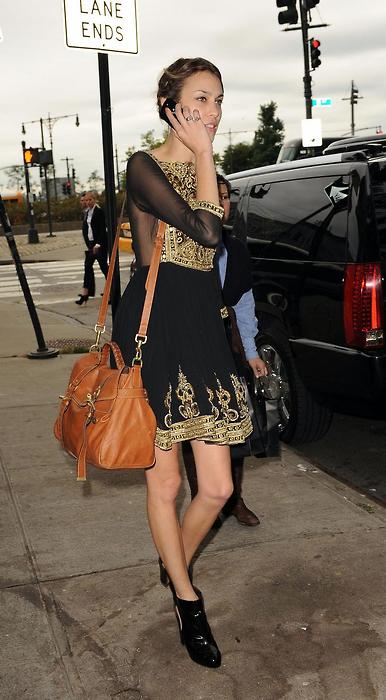 In a Marchesa dress carrying the Mulberry “Alexa” bag. 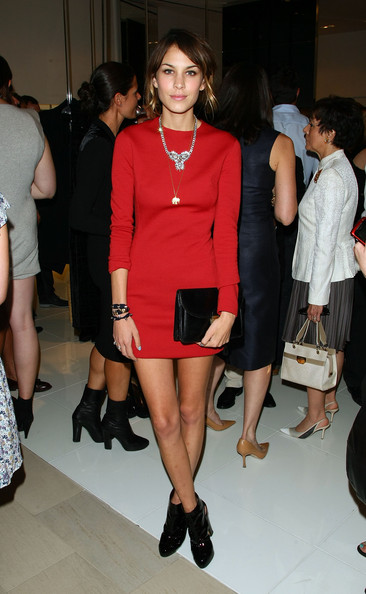 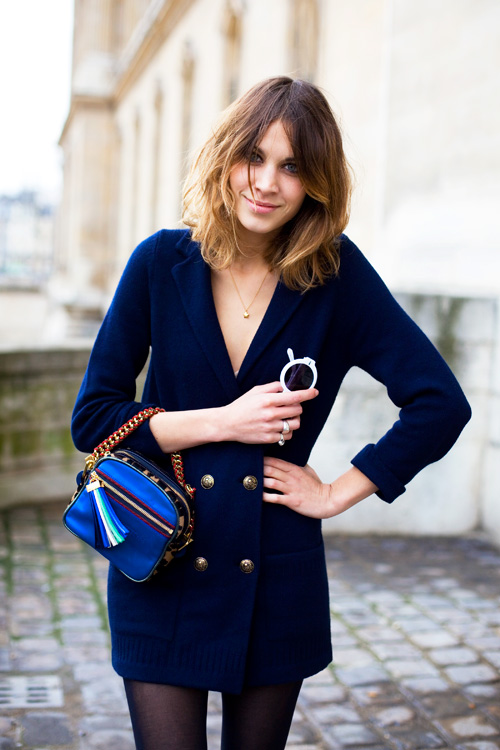 In a Kooples blazer with a Louis Vuitton bag. 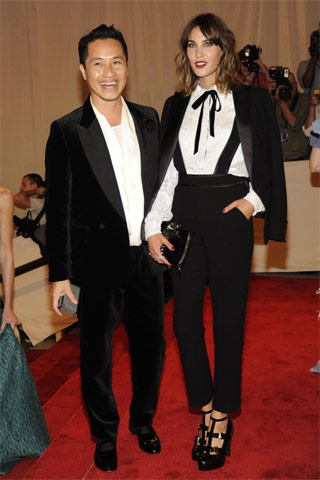 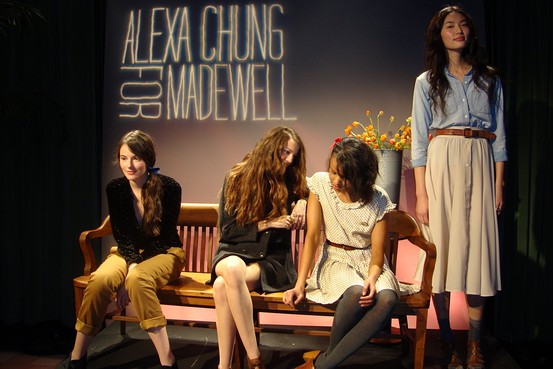 Alexa Chung for Madewell F/W 2010
I look forward to seeing how her style evolves over time. I’m sure I’ll be featuring her again few years from now.