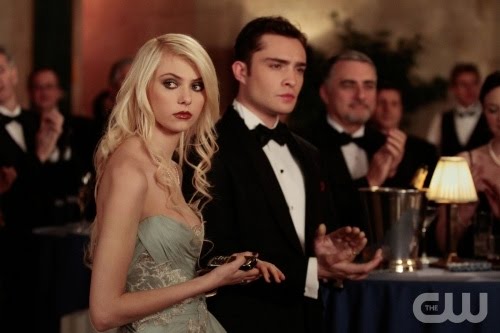 Chuck pimps out his girlfriend to his uncle, sleeps with a whole harem of call girls, develops an illegal drug habit and then manages to redeem himself (in my eyes, anyway) with two small gestures. Yes, I’m that much of a softy. The way he finally embraced Lily… it was really touching. After all, he is just a lonely Upper East Side orphan. I hope he and Blair get back together, but I doubt it is going to happen. Getting her into Columbia is probably not enough to redeem himself.

Blair pretending to go to Columbia was so desperate, even for Blair. That whole story with an apartment next to a falafel stand is just stupid. Why does Blair insist on living like a college student? She has an empty apartment on the Upper West Side. Since Eleanor and Cyrus are in France, what is there left for Dorota to do? She should have been there helping Blair scam her way into Columbia. And headband girls! They are so annoying. Blair: “Are you third-personing me?” You show those bitches who’s the boss, Blair!

I loved her yellow Blumarine coat. The whole ensemble with the floral blouse, pencil skirt and lace tights was spot on. It certainly didn’t prepare us for the atrocity that happened after!

Blumarine F/W 2009 coat
I guess Blair has a case of the blues? What’s up with the blue outfit, Blair? It’s another crazy-aunt-going-out-for-tea ensemble. Why, Blair, why? 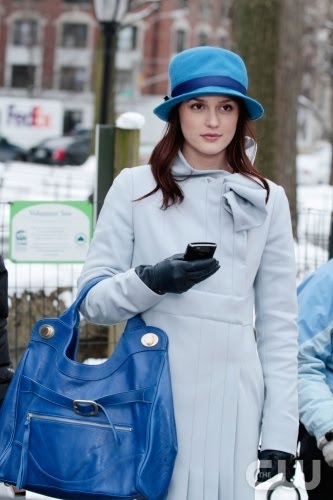 Valentino F/W 2009 coat
Christine A. Moore hat
Foley and Corinna bag
Her Alexandra Vidal red dress made up for it though. It was very Blair. I love her “crazy eyes” after she realized that she, thanks to Chuck, managed to get into Columbia. NYU was clearly torture if she compared it to “getting locked out of Lanvin the day they get fall in.” Yes, I can’t think of anything worse. 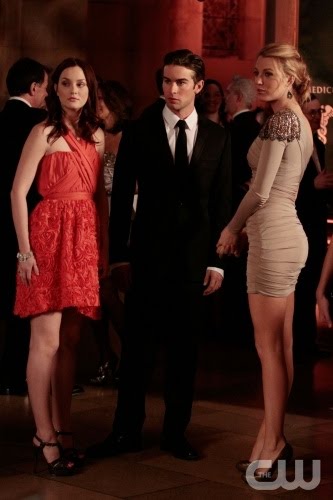 Alexandra Vidal S/S 2010 dress (she was a contestant on the first season or Project Runway)
Siman Tu cuff
Serena is such a bully. She is bullying everyone, including my darling Eric. He is the most likable character on Gossip Girl. The only bad thing he has ever done is take Jenny down, and we can’t fault him for that.

She looked amazingly fresh in the turquoise Blumarine dress. Finally wearing some colour and looking her age. And I guess that’s what people wear for a family breakfast. I guess it’s still more appropriate than Jenny putting on an almost black burgundy lipstick first thing in the morning to eat waffles (try hard much, Jenny?). 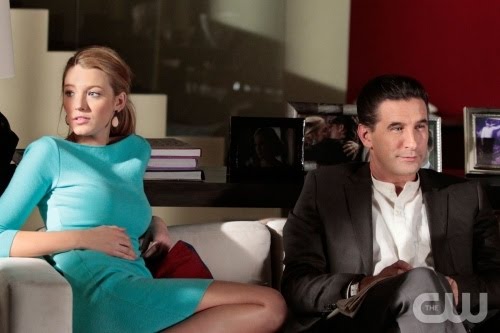 What the F is this? This is a contender for the worst ensemble ever, I think. Ralph Lauren or not, this should never be worn outside of Aspen, Whistler, Banff or the Swiss Alps. Or never? I do love the bag and the booties. 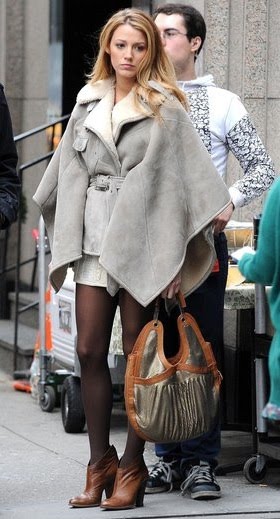 Another body-con for Serena’s formal wear. It’s really her thing. And because she likes to remind everyone of her amazing Baldwin/Lily genes (superior combo gene-wise than Rufus/Lily, hence whatever-happened-to Scott). What a gorgeous asymmetrical dress by Carlos Miele. I love the shoulder embellishment and the fact that she wore it with a messy ponytail. Effortless.

But how come Serena is always scheming as much as Blair and Chuck but never gets into trouble for it? Methinks it’s the gift of being a tall gorgeous blonde. They can get away with anything. 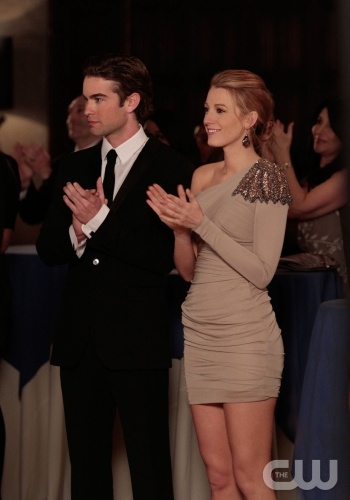 And then there is Jenny: “Maybe I can dig out a dress out of my own closet.” And then she digs up…………. a brand new 2010 Marchesa dress. But, yes, it is very old-school Jenny because it has that shade of soft mint and innocence which is clearly gone now. I do love the fact that she is responsible for probably at least a dozen itchy Upper East Side muffs. LOL. 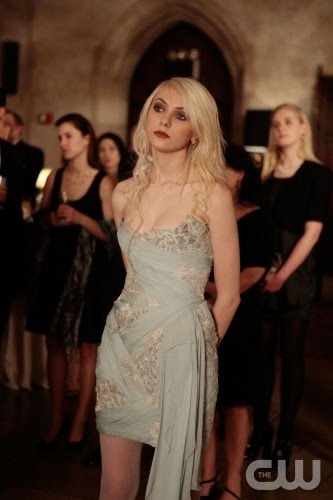 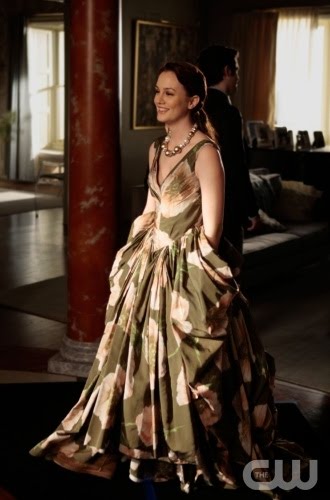 Don’t forget to enter my “I Know You Want It” by Eric Daman GIVEAWAY! It will run for two weeks until the finale. Only two more episodes left! Sigh.

PS. Huge thanks to InStyle Magazine and CW. Love you!