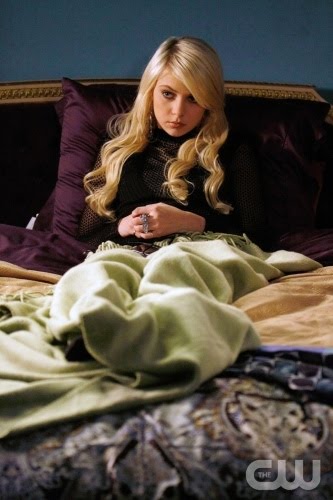 This week’s plot still screamed “daytime television,” but it’s gotten a little bit better. Dirty uncle Jack is back looking dirtier than ever. I wonder what dirty uncle Blair sex was like: dirty (as is my mind)? Chuck’s maybe mom is sketchy and in cahoots with dirty Jack (how did Chuck fall for this?). No one works or goes to school. Lily and Rufus are still boring. Dorota and Eric are still M.I.A. Jenny is still a virgin or at least a half virgin (remember that amazing Regina George line in Mean Girls: “I was half a virgin when I met him”?).
And she is still in all black. Mourning her sad life as a privileged Upper East Side teenage queen and trotting her drug-earned YSL ‘Roady‘ around. To give her the benefit of the doubt, she has been pretty unlucky in love so far. We’ve all been there, Jenny: sixteen and delusional, watching Dirty Dancing on repeat. But really, no one mends a teenage girl’s broken heart than a gay boyfriend or a gay step-brother (which she clearly has), but the writers have been ignoring for weeks now! You know what a gay boyfriend could also fix? An all black wardrobe. 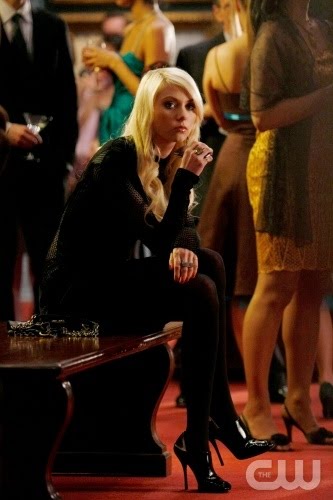 Now that she is a grown-up, Vanessa is a DVF girl. Sexy, confident, and a little bohemian. That “no-friend” dress was killer. Still boggles my mind how she can afford all this stuff. I mean, she should be the one selling drugs and stealing Valentinos. 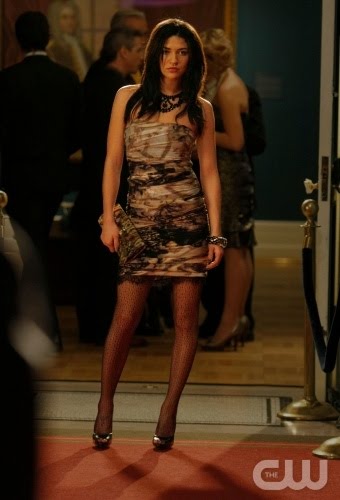 Diane von Furstenberg ‘Lele‘ print dress
Oscar de la Renta clutch
Isharya cuff
YSL necklace
Wolford tights
What is Serena doing with her life anyways? I’m all for being a rich bitch/kept woman but c’mon: she has no interests in life, unless you count Adam Handler, Jake Hendrickson, Matt Price, the art teacher from Prague, Nate Archibald, Dan Humphrey, greasy Aaron Rose, that stupid guy she met in Spain, Carter Baizen aka Almost Chuck (he will be back this season!), and Tripp Vanderbilt. Am I forgetting someone? 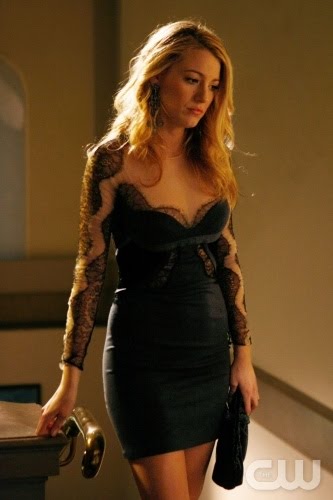 Stella McCartney Fall 2009 dress
Siman Tu black drop earrings
Valentino clutch
Blair was almost her old self with the bright blue coat and blue skirt ensemble but it was just a little off. Maybe it was her blue tights? Too much blue? I much preferred her Dior rose cocktail dress at the New York Historical Society gala. Plus that line was killer: “Pathetic. Suburban moralists in mom jeans. I’d pity them if I wasn’t scared they’d spill orange soda on my Christian Louboutins.” 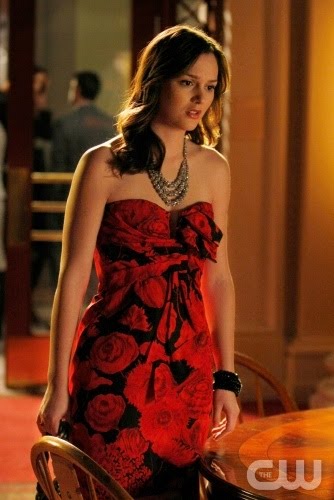 Christian Dior Pre-Fall 2009 Dress
Christian Louboutin pumps (not pictured)
Best dressed award goes to Lily. I love when she wears chignons. Plus anything Dries make my heart go wild. I love that she paired her Dries with that amazing Judith Leiber chain clutch (do you see that double chain?). She is just perfection. Can’t wait for Dr. Van der Woodsen (Billy Baldwin!) to shake things up. 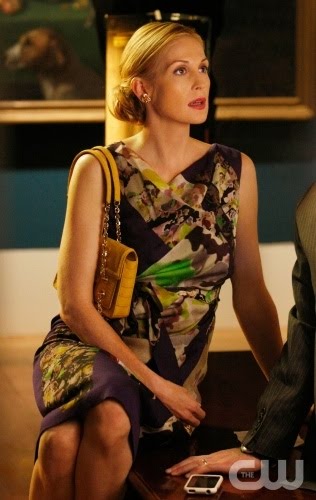 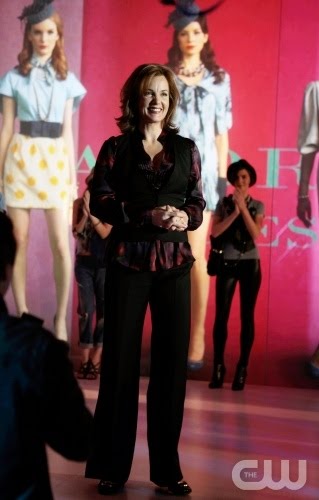 You know you love me.
xoxo,

P.S. Thanks to InStyle Magazine for the info.

PPS Jack Bass: “I never realized how many sex puns you can make out of ‘Chuck Bass.” I can think of at least three. You?