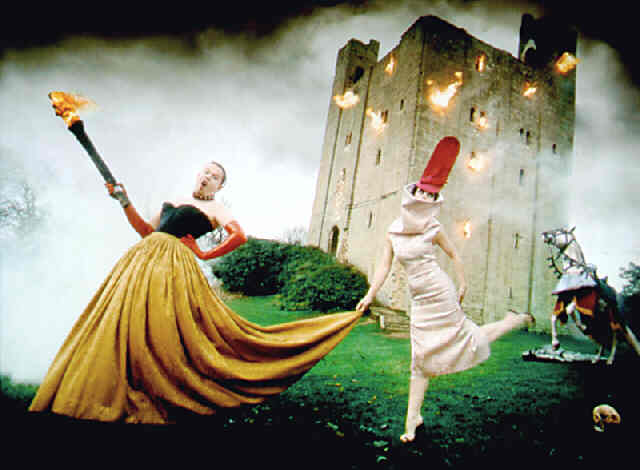 Alexander McQueen and Isabella Blow by David LaChapelle, 1996
I don’t consider myself an expert on Alexander McQueen nor am I in any way qualified to write any kind of eulogy worthy of the great designer. But I do want to share a couple of sentiments.

His death came as a shock to me this morning. Perhaps it was because his clothes suggested a certain toughness, a sense of being untouchable. A sense of melancholy and hopeless romanticism was also apparent but it was often served with a side of humour. It was the two sides of McQueen combined that produced some of the most intriguing moments in fashion. I will never forget looking at some of his early work – often modeled by his muse and mentor, the late Isabella Blow (who I adored) – in shock, awe and excitement. The power of art is the ability to provoke an emotion. McQueen gave us many emotions, albeit often conflicting ones, and that was his legacy.

“The news that Alexander McQueen has killed himself is particularly devastating because it always felt to me like he’d be the last man standing. He was restless, but so pragmatic with it I assumed he had what it took to endure the extreme situations he placed himself in. He was also an arch romantic with a pessimistic streak. It produced some of the most beautiful, shocking images in the history of fashion, but it’s a state of mind that can lead to endless disappointments. The death of McQueen’s mother last week would have validated his pessimism. It would undoubtedly have taken away his most vital support. It’s awful to imagine him trying—and failing—to cope, and one can only hope that, if he was looking for peace, he found it. For everyone left behind, there will eventually be consolation, however scant right now, in a body of work whose power will never die.” – Tim Blanks