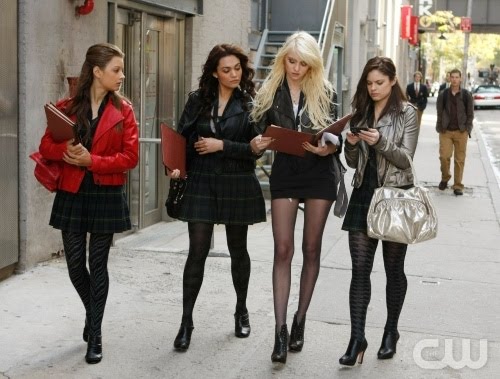 “Your era is over. So is that headband.” – Jenny’s minion.

Well, it’s a new era at Constance. Gone are the bow-embellished Milly cardigans, Tory Burch ballet flats and Jennifer Behr headbands. They have been replaced by black leather booties, snug leather jackets and skirts so short that even Serena would gasp in disapproval.
As Queen, Little J (middle name Tallulah) has become more sophisticated with her poor-man’s Debbie Harry look. It’s a huge improvement from her poor-man’s Avril Lavigne look, which was just sad… very sad. True, the improvement might be due to her new Van Der Woodsen bank account. Lily would never let her step-daughter shop at Forever 21, right? 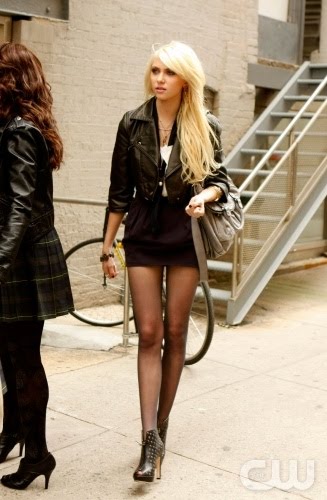 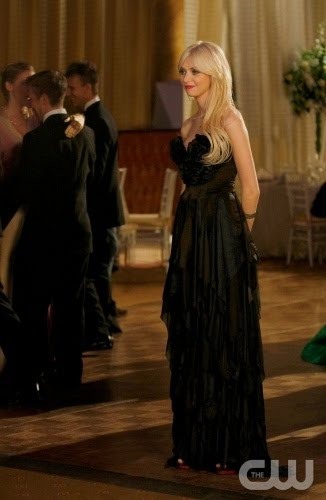 (I spent two days trying to find this dress. At first I though Marchesa. But it wasn’t. Then I thought Badgley Mischka. Maybe? Then I though Valentino because that way Jenny could have avenged that whole “she stole my mom’s Valentino” thing. But I don’t think so.)
FOUND!!! Blumarine Fall 2009 Dress!!! Thank you www.gossipgirlfashion.net!!!
Serena’s dad is a doctor? His return address is for Doctors Without Borders? I guess that maybe he didn’t get to see his daughter in trashy tabloids dancing on tables because he was in Africa saving those poor children with flies on their faces (like in the those “Save the Children” commercials). Maybe she should have volunteered with Doctors Without Borders or Red Cross… that would have been more likely to grab her dad’s attention. Confusing.

But Tripp? OK, so the sexual tension was crazy! It may have been the first time that Serena actually had great chemistry with a love interest. Let’s retrace: Nate (just wrong), Dan (boring), Aaron Rose (yuk), the guys that stole everyone’s money (gross), and Carter (not bad). Since meeting Tripp, Serena seemed to have been channeling her mom’s style a bit. Definitely more classy and restrained. I adored her Elizabeth and James one-shoulder dress. 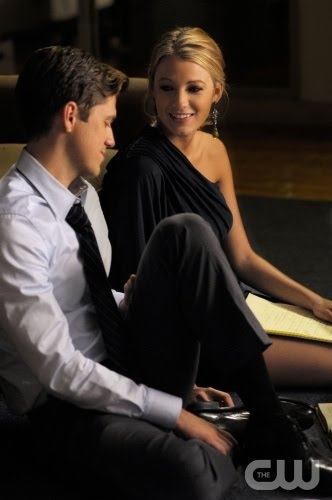 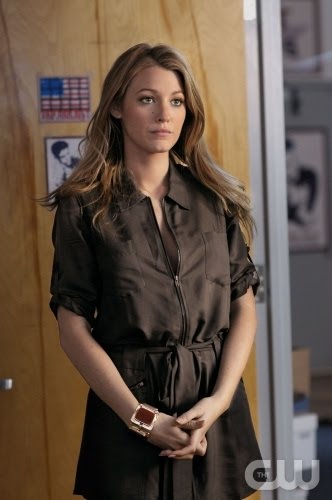 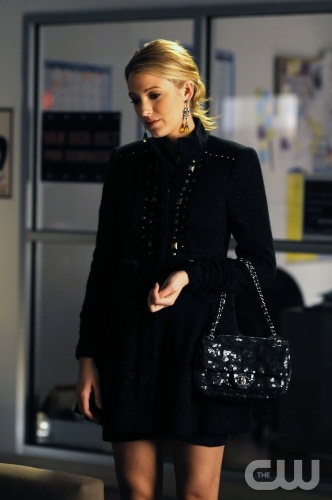 Blair’s red Marchesa dress was to-die-for. It was so old Blair: bow and everything! 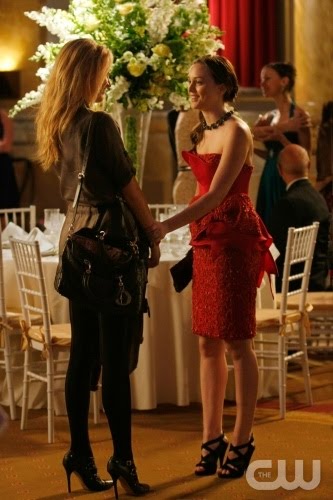 And finally, my Lily: the classiest rich bitch on the Upper East Side. One day I hope to be just like you. 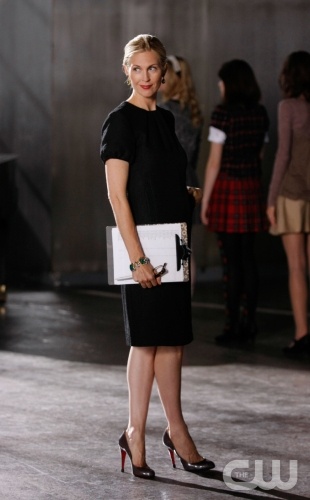 And then there is Vanessa in her Pocahontas chic: not worthy of www.imtheitgirl.com. But on the other hand, she somehow managed to lure all three lead guys into the sack. Chuck? ☑ Nate? ☑ Dan? ☑ Rufus? Almost ☑. She may actually be my new hero (only if her clothes improved)….
Until next week.

P.S. Thanks to www.gossipgirlfashion.net and InStyle Magazine for some of the info.
PPS I forgot to mention how awesome Eric was tonight!