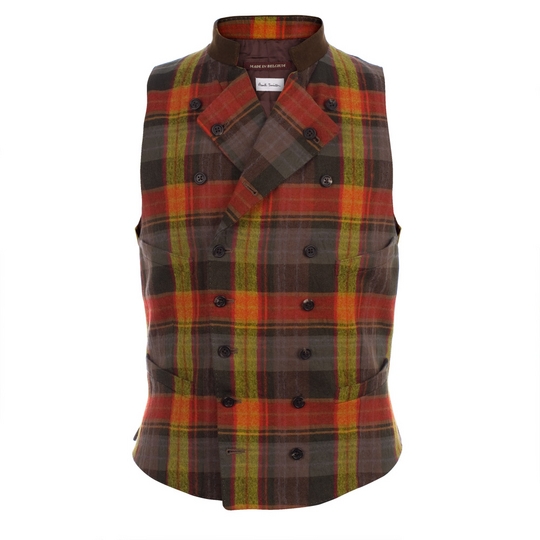 As an office grunt working with a dress code, the allure of wearing a suit and tie can wear off quickly. There’s only a handful of ways to change it up: varying the shirt colour, tie pattern, or other minutiae. It might not seem like a big deal, but when the vest came back into vogue one or two years ago, it was enough to make bored salarymen (well, the more fashionable, superficial ones) everywhere giddy with excitement.
This Paul Smith waistcoat is all kinds of right. For starters, this waistcoat plays up on two phenoms this season. The nineties, having passed most current 18/19 year olds by, are back, and this tartan waistcoat fits in comfortably with the plaids of this season. It’d be easy to do tartan/plaid wrong and end up looking like Matt Dillon in Singles; note that the tartan/plaid of this year isn’t quite the same from ’93. The collective pop culture consciousness should still remember Winona Ryder’s vest in Reality Bites, but this waistcoat brings a much more fitted and formal shape to that previous fad, and ups the posh quotient to a whole new level.
I never would’ve thought that double-breasted anything would make a revival, but the tailors have spoken and brought it back. Thankfully, it’s a much slimmer, fitted version of double-breasted, with more narrow lapels and a less boxy silhouette, and this waistcoat is no different. Pair with a tie that’s on the narrow side as well.
No sign of rayon shirts coming back, so don’t hold your breath. 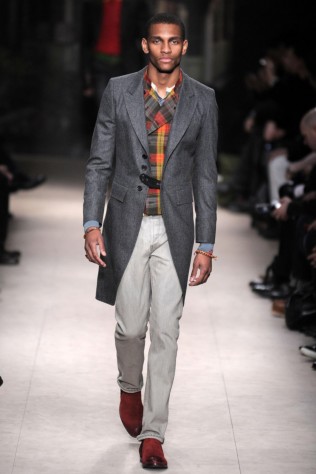 Available from Paul Smith online for 379 pounds.
Signed, the It Guest.